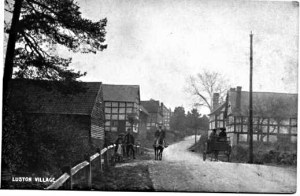 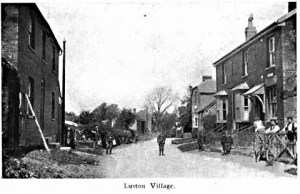 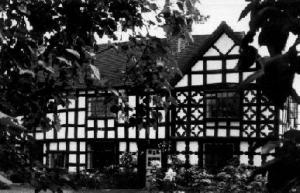 1086
Luston is recorded in The Doomsday Survey. Luston was one of sixteen manors of Leominster, all being the property of the crown at the time of the conquest.

1123
Leominster Priory was established. The Benedictine monastery was given the sixteen manors, including Luston, by Henry 1st. The manor house in the village of Luston is known as The Bury, a site south of the village. The township possessed a celebrated sandstone quarry and some of the stone quarried here was used in the building of Leominster Priory.

1190
Eye church was dedicated to St. Peter the Apostle and the south arcade dates from this time.

1220
The north arcade, the clerestory and the large quatrefoil window are added to Eye Church.

1123-1539
During the lifetime of The Priory in Leominster monks were sent to serve as priests to village churches and chapels, including Luston.

20th July 1535
King Henry VIII ordered a visitation to Leominster Priory and its manors to ascertain their value.

9th Oct 1542
The Priory and its manors were taken possession of by Henry VIII.

1566
Queen Elizabeth I granted the manor of Luston to Sir James Croft of Croft Castle for an annual rent of £98. 9d, payable to the Crown.

1629
During the Civil War the Borough stood for King Charles I.

1645
Sir William Croft led the men of Luston at a battle at Stokesay Castle. The Royalists were defeated; the Luston men deserted their lord who was killed. Sir William Croft’s epitaph reads as follows:

‘Here lyeth the Body of Sir William Croft Knight elder son of Sir Herbert Croft. He was an eminent example of virtue in his life and of valour in his death, which he received in the 52″ year of his age in the year of our Lord 1645 and in the 21′ year of King Charles 1 against who rebellious enemies leading the Luston men into a field near Hopton Castle was there shamefully abandoned by them and left a single victim to the enemy’.

This inscription was later recut to read ‘county troops’ because the people of Luston were so upset and ashamed.

1666
Peter Young, a Quaker, lived at The Bury was fined two oxen for disobeying the local authorities. These animals were taken to Leominster Market to be sold but as the owner was so ill respected his neighbours agreed not to bid for them, and the story goes they eventually found their way home to Luston.

1675
Sir Herbert Croft is lord of the manor of Luston.

1680
Eye Manor is completed for Ferdinando Gorges, a sugar and slave trader.

1778
Berrington Hall was built for the Honourable Thomas Harley, a banker.

1824
The Luston Parish meeting amended the laws for the relief of the poor.

20th July 1826
The Luston Parish Council agreed for Doctor Rudge of Leominster to be the parish doctor on the same terms as Dr. Procter before him.

13th Sept 1827
The Luston Parish Council ordered that the children of Luston be vaccinated with Cowpox as the expense of the Parish.

22nd May 1828
The Church wardens inspected Eye church tower in respect of raising it higher.

1848
The rate of 9d in the pound was agreed for relief of the poor in Luston.

1849
The rate of 3d in the pound was agreed as a church rate for repairs to the church.

28th May 1850
The rate of 3d in the pound was agreed for repair of the highways.

18th Sept 1850
The parish meeting adjourned to The Balance Inn.

1855
The village school was built as a Church of England school in Moreton by Sarah, Lady Rodney.

1862
The Wesleyan chapel was built in Luston itself.

4th Dec 1862
The parish meeting agrees to protest against the new Highway Act.

7th May 1866
A public meeting is called in Luston to discuss the removal of the Turnpike gates.

13th March 1867
The parish meeting resolved that Croft Lane should not be repaired by the parish as it was only a husbandry road.

1897
The six bells from Eye church are rehung.

1918
The Holy well in Luston dried up for the first time in living memory during a very hot summer. Major Ashcroft of Tudor House, Luston paid for a pump to be fitted on the well. The well continued to be valued for its pure water, the main source for the village and was reputed to have healing properties especially for the eyes. A Herefordshire rhyme exists from earlier times:

‘Luston short and Luston long
At every house a tump of dung,
Some two some three
The dirtiest place you ever did see.’

1939-45
Luston was not by passed by the effects of the war, for example 9,000 American troops camped at Berrington Hall.

Sept 1968
The school in Luston opened.

24th June 2000
Luston Holy well was blessed by the Reverend Selwyn Frost and the well was dressed with flowers to mark the Millennium year. The time capsule containing a copy of this timeline and other memorabilia was buried near the well. Also a feature was made in the centre section of the Leominster Journal.

OTHER INCLUDED ITEMS BURIED NEXT TO THE WELL INCLUDE INFORMATION ABOUT: